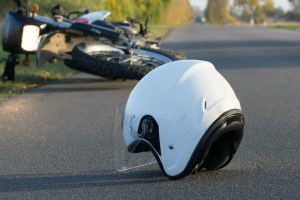 This is the next article in our series on Rochester, Minnesota motorcycle accident cases. Our last post discussed likely defenses that are made by insurance defense lawyers after a motorcycle wreck.  Defense counsel generally will claim that a motorcyclist failed to obey traffic laws and, therefore, was at fault in an accident. Retaining an experienced personal injury attorney can ensure that your case is properly presented to a jury. Below, we delve into issues that are unique to these types of cases. Contact us today to speak with a lawyer if you or a loved one have been injured.

Minnesota, like many states, requires some motorcycle riders to wear a helmet. Those under 18 or who are riding under a permit must wear a DOT-approved helmet, while the State recommends that even adults with endorsements do so. Mn. Stat. 169.974. You may still be able to recover damages even if you were not wearing a helmet at the time of the accident. While some states prohibit a helmetless rider from seeking compensation, in Minnesota, wearing a helmet is an issue that can be argued by the defense to lower (mitigate) damages by claiming that the motorcyclist would not have been hurt, or would have been spared some of his injuries, had he been wearing a helmet.

To illustrate by example: The driver of a car runs a stop sign and hits a motorcycle rider lawfully travelling through an intersection. The rider is not wearing a helmet and suffers brain damage. While the car driver is clearly liable for the accident * itself, a jury might be influenced to decide that because the rider failed to wear protective headgear, he should be awarded reduced compensation. If the defense lawyer convinces the jury that the rider would not have received a significant head injury had he worn a helmet, the jury may provide full recovery for other injuries, but not give as much for the traumatic brain injury. Since a jury’s award is not broken down by injured body parts, the only way of determining if a mitigation argument is successful, of course, is questioning the jury after the result. How a jury rules in any given case depends on the unique facts of the situation and, perhaps more importantly, how well the victim’s story is relayed to the jury. That’s why it’s so important that Rochester victims contact an experienced lawyer.

If you are injured in a wreck you should expect to be contacted quickly by insurance adjusters. All too often, these adjusters immediately contact a victim to try to establish a “low ball” settlement, claiming that the injured rider should settle for a lesser amount for failing to wear a helmet, for instance. As we’ve explained above, though, you can still recover substantial damages whether or not you were wearing a helmet. You need to speak with experienced counsel and allow them to deal an adjuster on your behalf.

Our Rochester motorcycle accident attorneys are able to assist you in such matters. Our firm has recovered more than $125 million on behalf of victims. Contact us today for assistance.