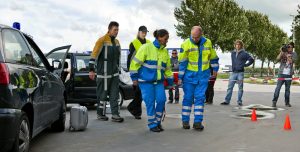 This post concludes and recaps our series on handling Rochester, Minnesota car accident cases. We’ve written these articles because many people don’t know what to expect from the process after they have been in a wreck or how to maximize their chances of optimum financial recovery when working through the legal process. Our goal in these last several articles has been to help people understand their rights and to provide information useful in selecting a personal injury attorney. Contact our office to speak with a lawyer if you or a loved one have been injured by the negligence of another.

We have addressed several topics in our recent articles. Topics covered have included:

There are several reasons injured people need to understand these issues:

First, Minnesota is a comparative fault state, so how a jury allocates fault between the parties impacts the extent to which a victim’s compensation may be awarded. If the victim is partially at fault for the accident, that percentage of fault is deducted from his or her recovery. Someone found more than 50 percent at fault for a crash will not be awarded any compensation. The pre-trial discovery process is crucial in establishing and proving fault on the part of the other party.

Second, expert witnesses are vital in such cases, especially in establishing damages, but also in some cases in proving liability on the part of the other driver.

Third, cases involving commercial vehicles often entail complicated legal issues and can encompass multiple defendants, some of whom may be difficult to initially identify as having liability for causing or contributing to the crash.

Finally, knowing what to expect from the trial process allows the injured party to understand what is going on so that he or she can participate in a positive fashion and help ensure that things go as smoothly as possible.

One point we have stressed in each of these articles is the importance of retaining an attorney experienced in handling car accident cases. Experienced lawyers are familiar with how to deal with insurance adjusters. They know how to craft and conduct the discovery needed in these types of cases. They know how to effectively present a case to a jury. It follows that choosing the right counsel at the beginning of your case can make all the difference in its outcome.